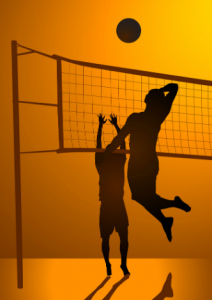 As in indoor volleyball, the objective of the game is to send the ball over the net and to ground it on the opponent’s side of the court, and to prevent the same effort by the opponent.